After a degree in Mechanical Engineering and Business Management at the Federal Institute of Technology in Zürich, Mr. Boissonnas worked as a consultant and manager in IT systems, business process re-engineering and Change Management for Andersen Consulting for nearly 10 years. 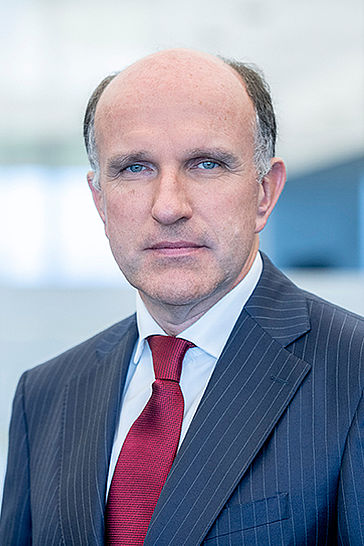 After receiving his degree in Mechanical Engineering at the Higher Technical Federal Training and Research Institute in Graz-Gösting, Mr. Haubmann also obtained his MBA at the University of Graz, Austria, and at Rider University, New Jersey. He began and continued his career as CFO in several companies within the voestalpine Group located in Romania, and throughout Germany. voestalpine is an international steel-based technology and capital goods group. 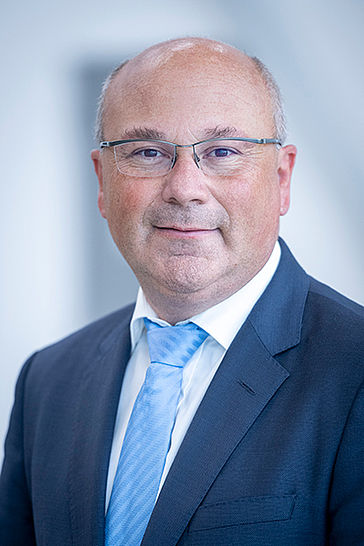 After a degree in Mechanical Engineering Design at WRTH Aachen University, Mr. Hendle began his career as Product Manager at Oerlikon Saurer Arbon prior to joining Koenig & Bauer. 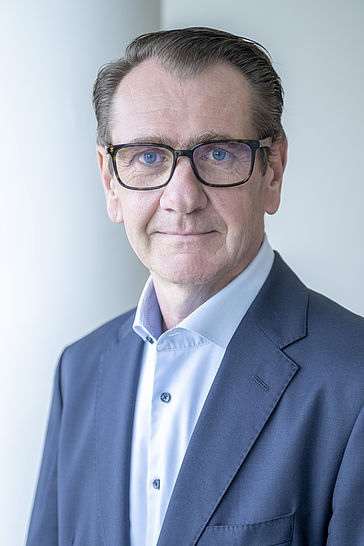 After a degree in Mechanical Engineering from 1996, Mr. Potzkai began his career at Koenig & Bauer as commissioning manager with numerous machine installations worldwide. 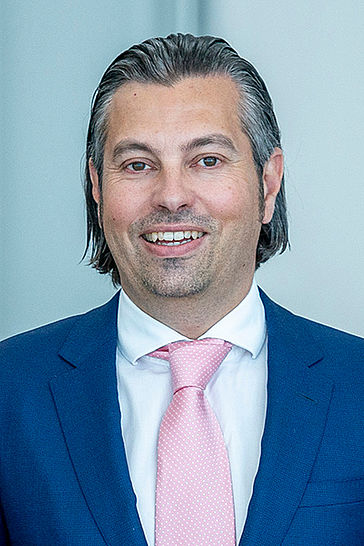 Head of Services - Operations since: 2020

Project Manager and Assistant to KBA-NotaSys Management Board

Business Development Manager and Assistant to Koenig & Bauer Executive Board 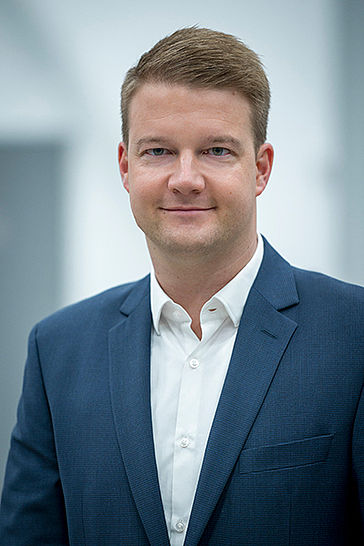 Head of Production and Training Services

Head of Production and Training Services since: 2018

Returning to the UK as Technical Services Manager, assisting many global State Print Works to improve their production processes

Mr. Hopper entered the banknote industry as a letterpress printer apprentice for De La Rue Currency. Once qualified as designated printer, he then worked on all aspects of banknote printing including intaglio, offset, numbering, foiling and screen. During his time at De La Rue's Gateshead site, Mr. Hopper also completed his honours degree in Business Management. 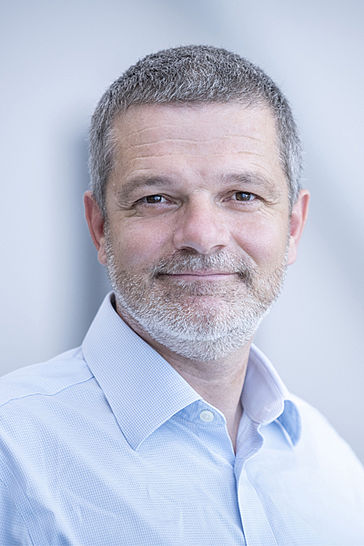 Head of HR Development since: 2019

Graduated with an MBA from the University of Liverpool

Joined Koenig & Bauer (AT) GmbH as Head of Finance and Accounting

Appointed Head of Finance and HR at Makita Austria

After obtaining his degree in 1991 from the International Business College Hetzendorf in Vienna, Mr. Galik worked as a Tax and Accounting Advisor where he completed his skills in financials inclusive of human resources. Throughout his work for Makita Austria, he was responsible for the set up of subsidiaries in Poland, Czech Republic, Hungary, Romania and Russia supporting the development of the Central and Eastern European area. 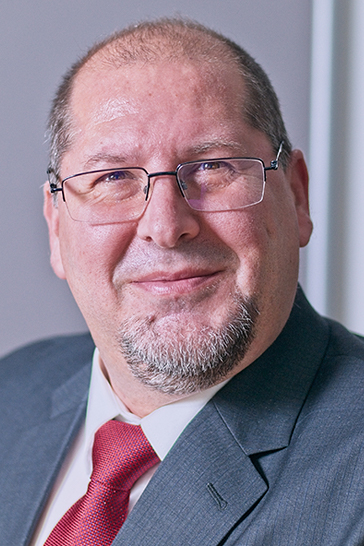 Head of Product Management and Innovation

Head of Product Management and Innovation since: 2018

After a degree in Mechanical Engineering Design at the Institut National des Sciences Appliquées de Lyon (INSA Lyon), Ms. Berthon continued her education in Industrial Engineering at the Universitat Politècnica de Catalunya, and achieved her masters at the Università di Pisa within the Mechanics, Nuclear and Production Department. Throughout her career she has achieved leadership programme and strategic R&D management certifications from the graduate school of INSEAD (European Institute of Business Administration). 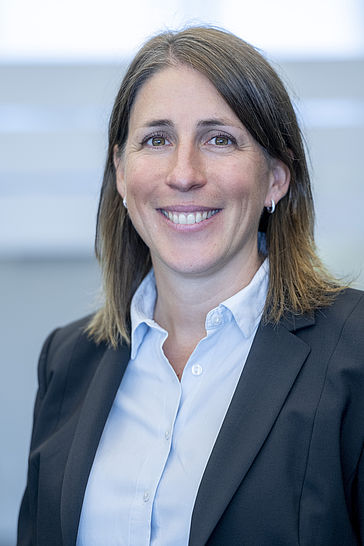 Head of Data, Vision and Authentication Solutions since: 2020

Mr. Schubert completed his apprenticeship as a mechatronic fitter for commercial newspaper presses. He then went to further his studies obtaining his Bachelor Degree in Mechatronics and afterwards a Master Degree in Technology and Innovation Management. In parallel of his studies, he started his professional career in the R&D department at Koenig & Bauer. 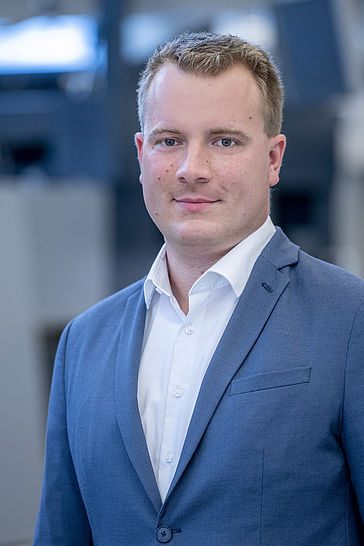 Head of Engineering since: 2019

Head of Research at the Institute of Printing Science and Technology, Technische Universität Darmstadt (TU Darmstadt)

After a degree in Mechanical Engineering and Process Engineering at Technische Universität Darmstadt, Dr. Neumann began his career as a researcher at the Institute of Printings Science and Technology. He then went to complete his doctorate where he then pursued work in the industry sector. 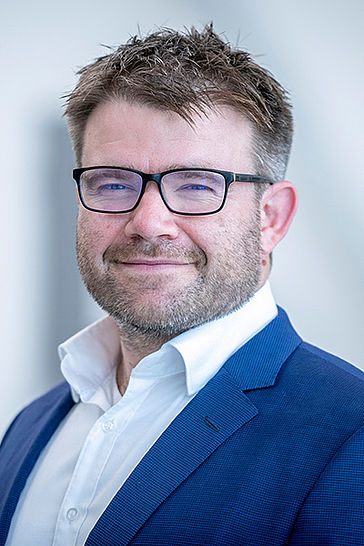 Head of Operations since: 2015

Joined Koenig & Bauer AT as Head of Operations

Mr. Vogl earned his degree in Industrial Engineering from HTL Mödling as well as his business degree from BWL Vienna.

Head of Project & Resource Management since: 2015

After a degree in Mechanical Engineering at Clausthal University of Technology in Germany, Mr. Hohmann began his work for Koenig & Bauer in 1991. 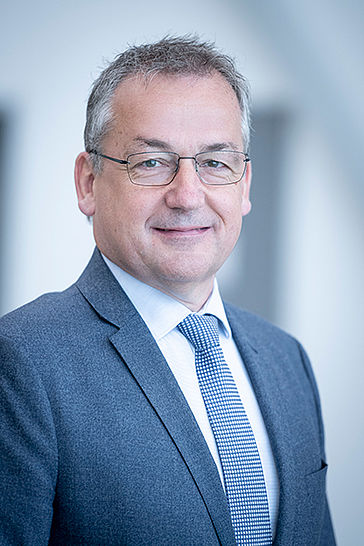